The Arizal on The Root Souls of Our Leaders: Moshe 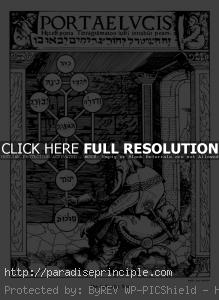 I’m going to continue with Arizal meditations, but I’m going into a new area. It’s a study of the root souls of the premiere leaders of our nation, from the Arizal’s point of view. I’m using a special book, called Root Souls, it’s in Hebrew of course, for most of my ideas, but also from a few other works as well.

Moshe Rabeinu is the logical first choice as a leader, so I’ll start with him.

Here are some interesting points about the root soul of Moses:

The first 120 years correlates to the 120 years Adam was separated from his wife and had spilled his seed. The Israelites, therefore, were rectifying Adam’s losses during those years, and Moses was called as a leader after the rectification.

Our Sages tell us that Moses was very, very tall, 10 meters tall. So, he was a tall and a strong man, and generally beyond the level of normal people. But we’re told that if we’re able to find where he is and to pray for him, the Messianic era would arrive immediately. We don’t know exactly where Moses’ grave is located, and maybe it’s because the time isn’t right for us to know. It’s still a mystery…

We need to see and know the people outsides ourselves, and yet experience them inside ourselves. Like Moses, we need to feel the responsibility of all our people, and step up to that responsibility.

We have to be able to feel we have access to a lot more wisdom and G-dliness than we can even imagine, or certainly take credit for. We have to experience humility, even when we are great, or perhaps, as a result of being great. We have to see ourselves as humble people even as we feel the responsibilities.

This entry was posted by yitzchak on May 23, 2016 at 11:30 AM, and is filed under Jewish Transcendence Meditations, The Arizal. Follow any responses to this post through RSS 2.0. Responses are currently closed, but you can trackback from your own site.