The Arizal On The Root Souls of Our Leaders: Joseph 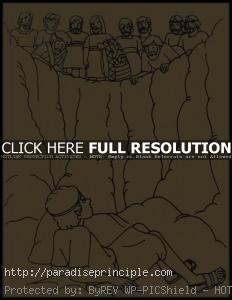 The next in our series of patriarchs is Joseph, and it is also based on Kabbalah and the Arizal.

Joseph had a unique relationship with his father, Jacob, and he was considered to be the “main offspring” of his father’s. There are many parallels between their lives, in the particular difficulties they faced and the way they overcame their difficulties.

Jacob learned many secrets of Torah in the academy of Shem and Eiver for 14 years. It’s said he never slept during those years of study, but that all the secrets he learned he also shared with Joseph.

Joseph was considered to be a Tzadik. He was the paradigm of a “righteous person.” His Sefira represents the male organ, and its biological and psychological characteristics as a representation of the DNA of the entire person and the entire beauty of the entire person. This is especially true if the activating of the principle within the sexual activity is done in a holy way, as it was done by Joseph.

Because of his position he was able to convey beauty. He was a beautiful man, as told in many stories of women chasing him around, the most famous of whom was the wife of Potifar.  She chased him to get him to sleep with her, and Joseph was almost seduced by her. At the last moment Joseph saw an image of his father, Jacob, and he ran away from her.

During the act of running away, it is said there were 10 drops of semen issued from his fingernails, which later became 10 leaders of the Jewish people during the Tananic period. These were the 10 martyrs who were killed for teaching Torah during Roman times. The slightest influence from Joseph carried waves of influence over the years and generations.

The fact that Joseph was able to hold himself back at a crucial time is evidence of his righteousness, and distinguishes him as having the wisdom of knowing when to express his male sexuality and when to withhold expression of it, in many ways.

Having physical beauty and being chased by many women, and being a very fruitful man as regards the seat of reproduction, Joseph was also fruitful in a monetary way. He fed the world, basically. When the world was experiencing famine, people came to him from other parts of the world because he was second only to Pharoah in Egypt, trusted with great authority. Joseph advised Pharoah and interpreted dreams for him, also representing fruitfulness.

Joseph was modest and held back at the right times, showing he had power over the “evil eye,” so to speak. And he was protected from those who lusted after him or coveted him.  His power is something that characterizes anyone who goes according to the ways of Joseph.

He was very personable and collaborative person as well. He took the qualities of his forefathers and expressed them in the world, even though he had the well-known fallout with his brothers. They thought he was the least desirable offspring of his father Jacob, just as Abraham had an Ishmael and Issac had an Esav his brothers thought Yosef was the least of their father’s sons, and not even part of the lineage of the chosen people.

Of course they were wrong about that. Joseph took them through the steps to show them the error of their beliefs, and in the end they came to make peace with him.

Ultimately, there was a rift between Joseph’s progeny and the other tribes of Israel, those who became the Lost Tribes, and the main tribes of Judah, Benjamin and Levi who all stayed in the land. In most traditions it’s understood all the tribes will reunite in the Messianic times.

This entry was posted by yitzchak on June 3, 2016 at 1:45 PM, and is filed under The Arizal. Follow any responses to this post through RSS 2.0. Both comments and pings are currently closed.