by yitzchak in Chagim and Moadim 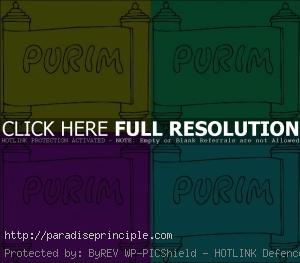 But on the holiday of Purim when she’s the heroine of the day, we read the scroll, the megilla of Esther. The word “megilla” means “reveal” in Hebrew. The whole point of Esther is to reveal G-d’s hiddenness. That’s who Esther really is, a channel for revealing G-d’s hiddenness.

The culmination of the most important event in Esther’s life is when she was asked by Mordecai, the hero of the Purim story, to go and plead the king of the Persians to remove the holocaust decree on the Jews. She replied, “If I do that, not only will I lose my place in this world, but I am likely to lose my place in the World To Come, because I’m offering my sexuality to him as well, if I approach him.”

In other words, her willingness to jeopardize her place in both worlds, her courage to live out, “if I lose, I lose,” referred to her portion in this world and the next world. Her willingness, her self-sacrifice in the situation is what drew down the incredible miracles we saw, and we still draw down every year, to this day on Purim.

Esther was protected upon entering the palace of the King. She was covered in a special, spiritual garb, which meant she didn’t have direct relations, in a normal sense. This covering resulted in sort of a green skin color, and some describe it as a shaid, or a type of non-human entity. This was her garb, allowing her to not only succeed in saving the Jewish people, but also to have relations in a safe way, since it was only a garment of her, not really her.

That garment of Esther, together with the King, gave birth to the next king of Persia, from that night of conception. His name was Sirus, and he’s the one who helped to rebuild the second Temple in Jerusalem.

So, there was great significance to Esther’s act on behalf of her people. Some spiritual sources say she went to the King wearing the spiritual garment of Eve, the wife of Adam. She’s also mentioned as being a personification of the Shechina, by going into the King and saving the Jewish people at that time.

Mordecai was said to have been one of the incarnations of Yaakov, our forefather Jacob, and Mordecai refused to bow down to Hamen, certainly a manifestation of Amalek, the arch enemy of the Jewish people.

But, Mordecai is also said to be a reincarnation of Esau, another member of the same family. Esau was the nemesis of Jacob, and in their previous meeting Jacob bowed down to Esau, in an attempt to diplomatically prevent a confrontation. And both of them came back into this life so that Jacob could rectify that situation when Mordecai refused to bow down to Hamen, formerly Esau.

Rather than Mordecai calling Hamen his master, as in their previous relationship in a previous lifetime, Mordecai was Hamen’s master. In other words, Hamen was his slave in the Purim story.