The Kabbalah of Male & Female

by yitzchak in Meditations 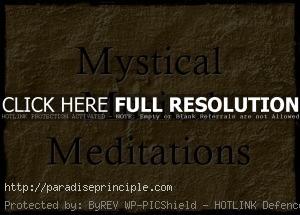 The theme I’d like to explore this week is The Kabbalah of Male and Female Relationships. I’m finding that this topic has become a theme I’m asked to address in various formats. I see it as a beautiful challenge since there’s so much to share. It’s just a question of how to package the information.

The way I’d like to talk about it right now is this idea – turning many into one. This is the only physics I want to include, how male/female relationships are expressed in relationships and beyond. I want to give a few examples of this direction and the power of adhering to this direction. Again, it’s the idea of more-than-one becoming one.

The obvious starting point is Adam and Eve, who were created as one being. Adam was created and Eve was sort of a connected being. They were separated, and then spend their lives, usually unconsciously, trying to get back to connectedness, but in a higher realm.

Adam and Eve were trying to get back to the oneness, and we say the same about their connection in the world of souls where a person who is meant for another person starts as one soul, and then become separated. So, they are always trying to find their other half, and will do almost anything to bring the two halves together.

The weekly Parshas we’ve been reading lately, involving Jacob and the tribes reuniting with his son, Joseph, involve a similar dynamic in getting back together. A unification is being created from disparate parts. When Joseph meets Jacob again after a long, painful separation, he falls on his father’s shoulders and cries. Jacob uses the moment to say, “If I was able to do this, then my life has been worth it and I’m ready to die.”

Jacob used the situation to create unification between G-d and humanity by saying the Shema Israel at that crucial point, which is THE unification of our lives, the fact that G-d is One.  It’s taking the many aspects of G-d’s running of the world and bringing them all back to The One.

He said, “Joseph, all these events you went through – it’s all One. They are all connected to the I Am G-d and it all comes back to the Oneness.”

Everything is trying to get back to the Oneness. The same thing is true of a male and a female. The dynamic, the tension, the struggle, the disassociation, the disconnection they have with each other is the motivating drive to get back to a place of connection. In Kabbalistic teaching, the higher the male and female dynamics are, the more Oneness there is.

That’s what the relationship is all about, the sexual relationship where nothing is separating him from her, physically, mentally, emotionally and spiritually. The goal is to get back to that place of Oneness, and to let nothing come in-between them.

The more the Oneness is achieved, the higher the power of their unification is, and the more it can reproduce even more Oneness in their lives, physically and spiritually.