by yitzchak in Weekly Parsha 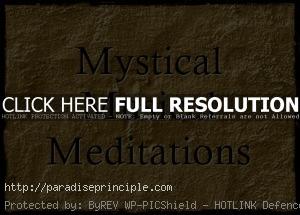 Where I’m going with this week’s MMM may sound familiar… It’s Let Go and Let G-d. It sounds a bit cliché, but it’s where my heart is, and means so much, in so many ways.

The timing of it in this weeks’ Parsha, Vaera, is significant because G-d is showing his stuff in a simple and miraculous way, letting them know that G-d’s the one running the show, basically. That’s what the 10 Plagues are all about, so that everyone should know it’s from G-d.

And, in addition, that everyone should know it so deeply that even when G-d doesn’t come out from “behind the curtain,” like the Wizard of Oz did at the end of the movie, and he stays hidden behind the workings of the natural world, even that’s miraculous. Even then, we have to know that G-d is “pulling the levers,” and running the show.

Based on this revelation, we have to understand that we always have an option. Whether It’s making a living, navigating a relationship, maintaining our sanity (increasingly a problem), or feeling good about ourselves in any area of life, it’s very important to know we always have the option of letting go and letting G-d take over.

It’s almost as simple as that. We all have it, all of us. We have the option of letting go and letting G-d take the helm. To the extent that we’re real with this option, and not just paying lip service to the idea to impress yourself or others that you’re a believer and filled with trust, if you really do let G-d in you will find G-d will really come in. It’s a matter of degree.

This idea is taken from sources, and it provides a background for this Parsha, and for the reasoning behind Let Go and Let God. Hints and tools to accomplish this are widely available, even in this Parsha where Moses has an amazing interchange with G-d about whether he’s the one who should be going into Egypt to save the Jewish people.

Moses asked, essentially, “It’s not enough for me to say G-d sent me. I need to know which aspect of G-d, which characteristic sent me in to say Let My People Go?” And of course G-d said, “Tell him Ayeh Asher Ayeh, I will be who I will be. “ That’s a very deep statement, and it tells us we simply don’t know when, where, how or what. We just have to let it all go. We have to trust G-d.

“I will be who I will be,” is what our trust and our patience are all about. It’s about knowing there really is a light at the end of the tunnel, and it’s going to get us through. G-d is saying, “You gotta trust me on this one… I’m not going to show you according to what you are ready for in these open miracles, but I want to elicit your trust, and then the miracles will kick in.

We must have trust and patience in the “I will be who I will be” aspect of G-d.

And we have to understand that, to the extent you let G-d in, G-d will come in. That’s what the Shekinah is all about. The Shekinah is the Feminine Principle of G-d, the felt presence of G-d in the world. To the extent that we let G-d in, to that extent will we experience the presence of G-d. So, part of letting go and letting G-d is just to let him into the places where G-d is normally not found.

That’s what increases the presence of G-d in our lives. Some people make it their entire life goal to connect to G-d. Devekut is probably the most important principle we learn from Mystical Judaism, especially Chassidut. We learn to bring G-d into everything and cling to G-d at all times, in all aspects of our lives.

When we Let Go and Let G-d, we’ll have a lot of more of G-d than we otherwise would have. Our Patriarchs and Matriarchs taught us this. They let G-d into every aspect of their lives, and they only succeeded when they let G-d into their situation.

When we look at the people who did the greatest miracles, took the greatest strides in Biblical history, it was the people who let G-d into their lives. When Pharaoh was just about to promote Joseph to second in command of the most powerful nation of Eqypt, as a result of Joseph’s dream interpretation, Pharaoh asked Joseph how he knew how to interpret dreams.

So, Joseph could have responded that he had a PhD in dream interpretation from the Harvard University of the day, or that he’d been working on it for many years, honing his skills. But he didn’t go in that direction. Instead, he said, basically, “I don’t know a thing. G-d did it all for me.”

Joseph Let Go and Let G-d. And he started to have incredible influence because he was able to do that.

That’s where the miracles come into our lives, when we actually realize and to the extent we realize that G-d’s running the show, in our lives, and we let him in by seeing that and responding to that in a personalized way.

We let G-d in by understanding that we, as humans, are limited. We cannot so everything. There are impossible situations for us, but not for G-d. “I can’t do it, G-d, but you can do it for me.”

In a nutshell, that’s my exploration for the week. And I’ll probably only make it through the week by letting go and letting G-d into my life.

Coping Tools of The Patriarchs

by yitzchak in Kabbalistic Healing Tools 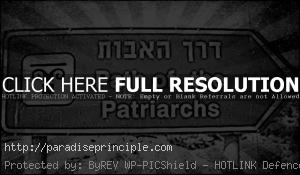 I’m giving over a list of the coping tools…. Coping with difficulty, exile, confusion, darkness, mundaneness in life… These are tools that our Patriarchs and Matriarchs gave to us. I think it’s exactly the right time to do this now, before we finish off the first of the five books of Moses which is all about the Patriarchs, and get into the second book which is all about exile.

We need to learn coping tools from the Patriarchs to cope with the long, dark night of our own exile, which we have been experiencing for ‘way too long now.

Without going into the sources, to save time right now, I’m just going to get straight into our forefathers’ coping tools:

And that’s it from the Patriarchs.

Parsha Vayeshev – Under The Surface of the Patriarchs

by yitzchak in Meditations

I’m going to speak about Parasha Vayeshev. I’d like to bring a few points about it, and the common denominator of all of them is that the Patriarchs always have a lot going on under the surface.

Here are my points:

My first point is this – Jacob’s brothers reported to their father Yaakov that Jacob had been killed, and Yaakov heard the news. But for the twenty-two years he didn’t see his son, Yaakov did not believe it. Because the heart of a parent knows the truth about another family member. There’s a natural removal of their presence from the heart, in a painful way, not in any king of a threatening way. We never completely get over our connections, but in this situation Yaakov knew that Jacob must be alive, despite the reports he heard.

Under the surface, the heart knows what is really going on with someone in their own family. We have a mechanism called the labush, which is the metaphysical connection between family members, or a rebbe and his students, or very, very close friends. Labush informs us, and though it may be reported one way on a surface level, under the surface we know better.

My second point is this – the potential husbands of Judah’s daughter-in-law, Tamar, were named Er and Onan.  Due to their reluctance or reticence to impregnate their potential wife, they opted to spill their seminal fluid on the ground. They would rather have beauty than a true soul relationship, and they were wrong. They died, and the Torah tells us about the ramifications of their actions.

The lesson we learn is that beauty is more than skin-deep, which is another under-the-surface manifestation.

My third point is this – Joseph was sold to the House of Potiphera in Egypt. Potifera’s wife, one of the elite of Egyptian society, had sexual designs on Joseph, who was running the household. She tried to get him into bed and almost succeeded. What appeared in the mind of Joseph, just in the nick of time, was an image of his father. As a result, Joseph ran from the room and never had relations with her.

Though we may feel impassioned in certain circumstances, underneath the surface there is the voice of sanity, of morality… the voice of our fathers, telling us to keep away from danger.

My fourth point is this – Joseph’s personality personifies the Sefira of Yesod, which represents a very different attitude toward people than his brothers had when they sold him into slavery. Joseph’s brothers did not have the same “people-ing” attitude, the ability to go out and mix it up with the world.

But Joseph did have the ability and the skills, which ultimately led him to become second in control of the most powerful nation on earth. He fed the whole world successfully, while his brothers kept to themselves, away from society, building their holiness in a more modest way.

What’s under the surface in this situation is that both Joseph and his brothers had their unique purposes in Creation.  We can’t judge based on the surface level alone. So, we have to understand that what may seem right or wrong has more going on under the surface of the story.

My fifth point is this –Judah and Tamar, who had relations and gave birth to the lineage of King David, ultimately established the line that will lead to Messiah. The incident, which seems contrary to morality, is similar to Er and Onan spilling seed on the ground at home. We learned that these instances help us understand that when Messiah comes he’ll be equipped to understand us all, and to say, “nobody’s got anything on me.” That is exactly why he is able to fix up the world.

Though we may see many issues on the surface, of questionable morality and lineage, under the surface the Moshiach will eventually come forth.

Although a dream is, by definition under the surface, because it is not a waking reality, it can be a powerful manifestation of truth from a truthful person.

Finally, Yaakov spent his first hundred and thirty years with incredible suffering. And though he felt as if he had paid his dues, probably more than any other Biblical character, with the exception of Job, he never got release from anxiety until the last seventeen years of his life. His first hundred and thirty years were miserable, and it showed on his face. But we can’t judge him based on that because he obviously had things to fix up. The lesson here is this – though it may seem as though we deserve a break in this world, that’s not what this world is all about. Under the surface this world is all about fixing up unfinished business, and we don’t have a say in how easy or difficult that’s going to be.

So, we have to simply keep on keepin’ on.